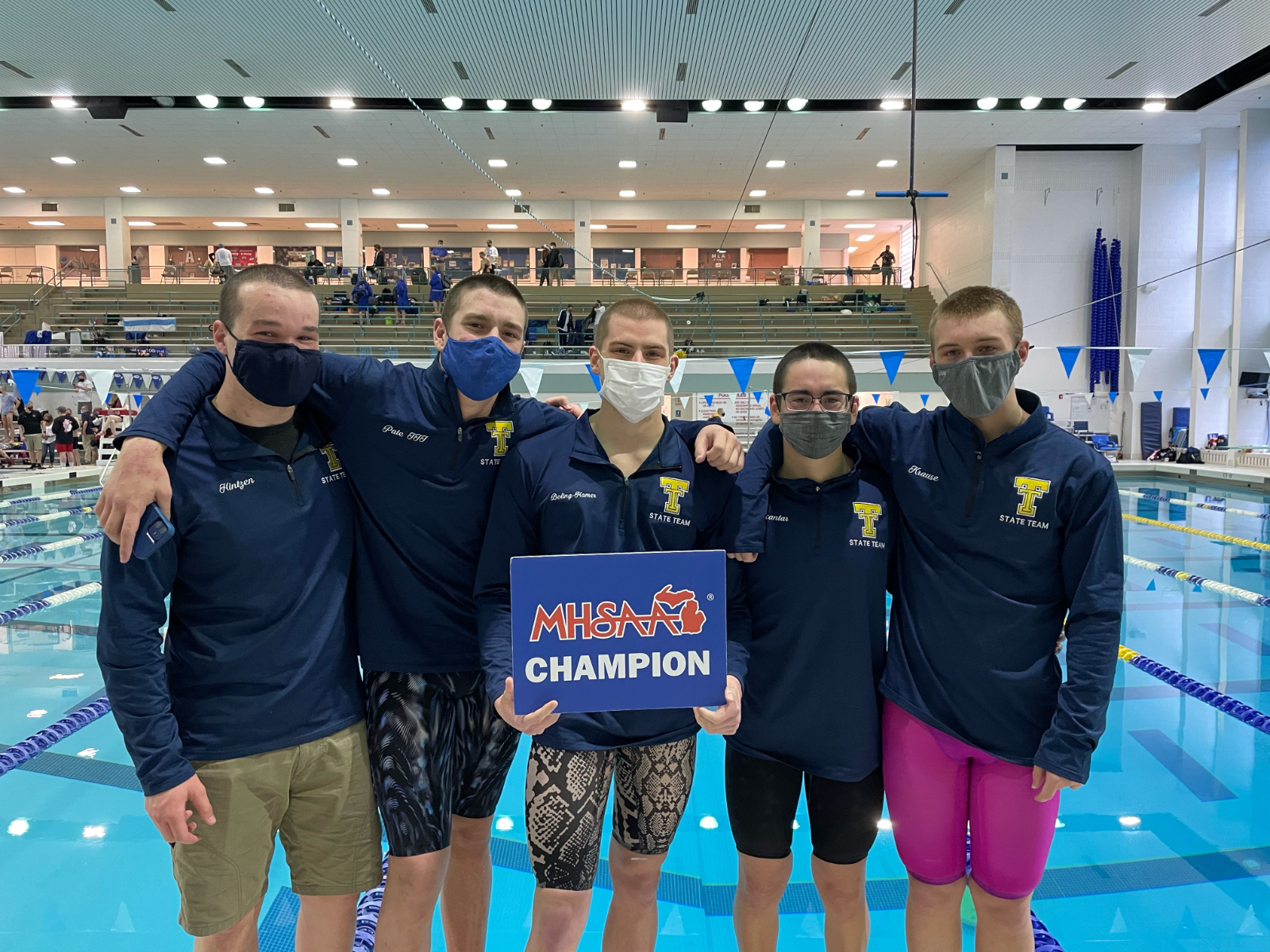 Dryden Oboza kicked off the weekend on Friday evening with diving. Dryden was seeded 27th going in to the meet. He ended up finishing with 155.35 points placing 23rd. The medley relay was the first swim of the day on Saturday. The relay team of Carl Pate, Spencer Boling-Hamer, Enrique Alcantar, and Eli Krause placed 15th with a time of 1:43.40. The next event was the 200 freestyle. Spencer Boling-Hamer was a state champion in the 200 individual medley in the 2019 state meet and this year competed in the 200 freestyle. It came down to the last 25 yards and Spencer claimed his second state champion title winning the 200 freestyle and setting a new school record of 1:42.21. Spencer dropped 3.79 seconds from his swim just over two weeks ago at the Downriver League Meet. Enrique Alcantar competed in two individuals as a sophomore on the team. His first individual event was the 200 individual medley. Enrique swam a time of 2:04.47 and placed 17th in the state. He also competed in the 100 butterfly. Enrique swam a time of 55.30 and placed 18th in the state. Spencer Boling-Hamer’s next event was the 100 free and was seeded last in the event. He kicked off the 1st heat of the 100 freestyle in a time of 47.24. The time was 3.54 seconds faster than his seed time. After four heats of the event, his time overall took 3rd place in the state. Trenton ended the day with a great swim in the 400 freestyle relay. The relay team of Spencer Boling-Hamer, Carl Pate, Enrique Alcantar, and Eli Krause swam a time of 3:24.90 and placed 19th in the state. Overall the team finished 18th in the state. A huge shout out to the entire team. There was a lot of hard work put in during this season and the times have shown! Great job!