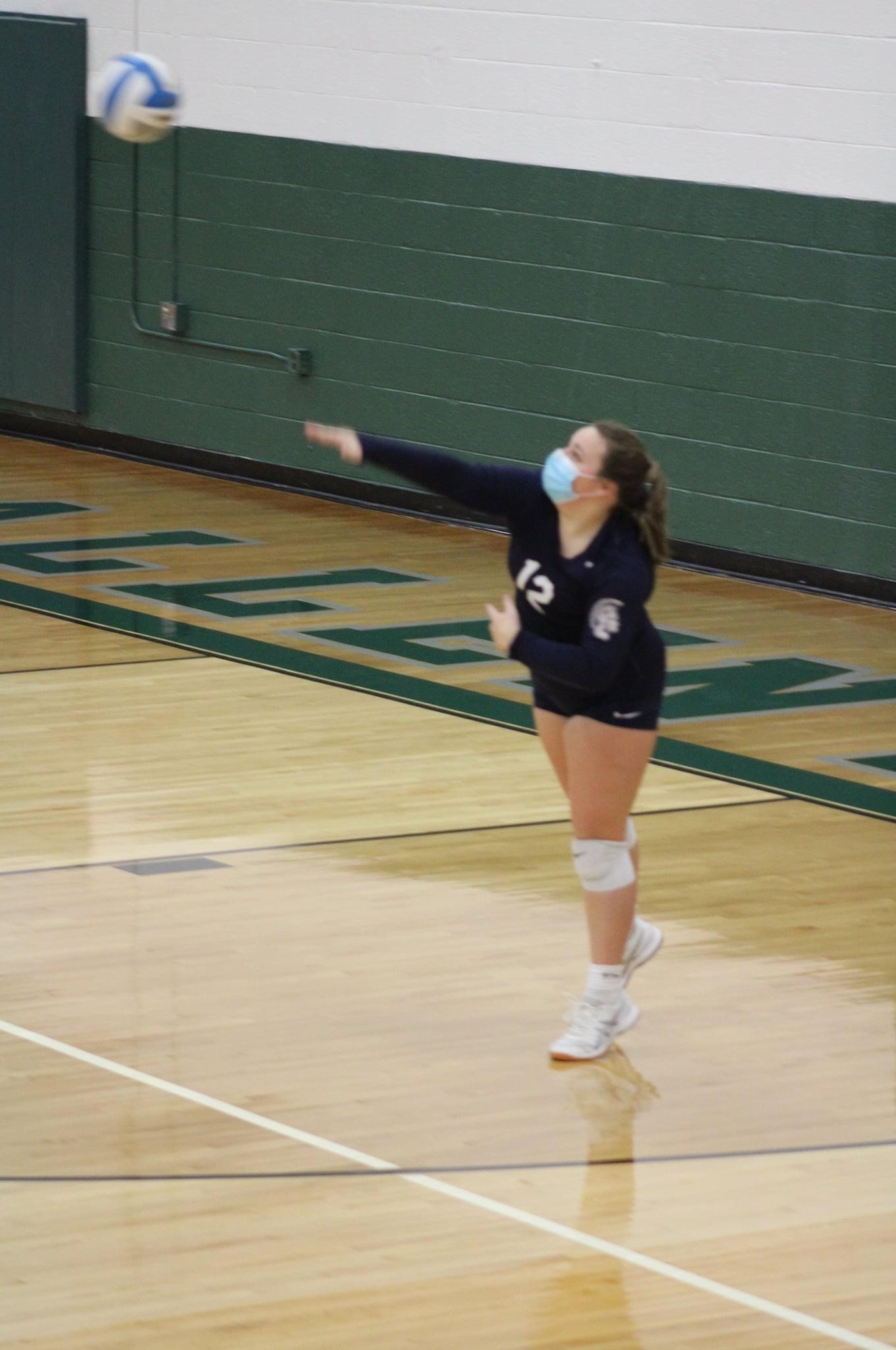 Everyone watching this game was on on the edge of their seat from start to finish. Both teams played great volleyball. During the first game, Emma Boler started off with strong serves and hyped the team up. Mya Gazdecki stayed strong in the front with several kills. Trenton was losing at 16 points and the team’s all-star setter, Maddie Keller, brought the team back with 9 killer serves to earn the first win. The second game was neck and neck, back and forth, and Maddie Kuhn and Claire Poremba did a great job digging the ball in back row, while Keller and Jordyn Emery made some good saves. Trenton ended up taking the second game 25-23. Kuhn had powerful serves in the third game which was key, and the team’s middle hitter, Lauren Barry, had several kills that kept Trenton in the lead. Sammie Kellems served the winning point with her ace, ending the game at 25-21. Great job girls!